It seems hard to believe now but in the mid 1990s, the future of James Bond was in jeapordy. Ian Fleming’s source novels had long since dried up and a duo of grittier, underrated Timothy Dalton films underperformed at the international box office. In fact, Octopussy (back in 1983) was the last 007 picture to do serious numbers.

The producers were open to ideas and one of the most exciting ones was to hire a master of hardboiled crime novels (and an Oscar nominated screenwriter) to pen the next one. A member of the production team (who writes a fascinating afterword in this book) was a lifelong Don Westlake fan and decided to approach his idol. To his surprise, Westlake accepted.

Westlake’s script idea had a brilliant backdrop: the imminent transfer of sovereignty of Hong Kong from the United Kingdom back to China but perhaps one supervillain isn’t about to let it go without a bang.

With a grudge and a dastardly weapon that can submerge entire islands to get people’s attention, Richard Curtis (not the chickflick film director of the same name) is your classic all-powerful Bond villain. Alas, a few factors derailed Westlake’s plan: Goldeneye was released and featured a similarly crippling weapon and the transfer of sovereignity was a touchy political subject that scared off the studio bigwigs.

That and Westlake couldn’t get an outline together, preferring to write organically instead of being tied to a rigid plan. And so, one of crime fiction’s most iconic writers was let go from the Bond franchise and audiences were rewarded with… Tomorrow Never Dies. Certainly not the worst 007, but it’s hard not to think “ahhh, what could’ve been”.

Well, now you don’t have to wonder. Hard Case Crime have unearthed the novel that Westlake wrote from the idea but never published himself before he died in 2008. Of course, there’s no character called James Bond but it is bookended with the kind of exotic action that the franchise demands.

It’s also a real escape for Westlake fans and Westlake himself. His action is usually darker and more street-based but the master of the literary heist here finds himself armed with divers, submarines, gold bars and the potential obliteration of an entire city. But in between all that, there’s a brutal interrogation and torture scene that wouldn’t sit well with a typical James Bond audience member’s more delicate stomach.

Reading Forever and a Death is satisfying on dual levels: it’s got thunder of the man behind the Parker novels honing his craft and also the breeze of a writer who is typing on a big budget for the fun of it. Be sure to pick up this thrilling curiosity from Hard Case Crime. 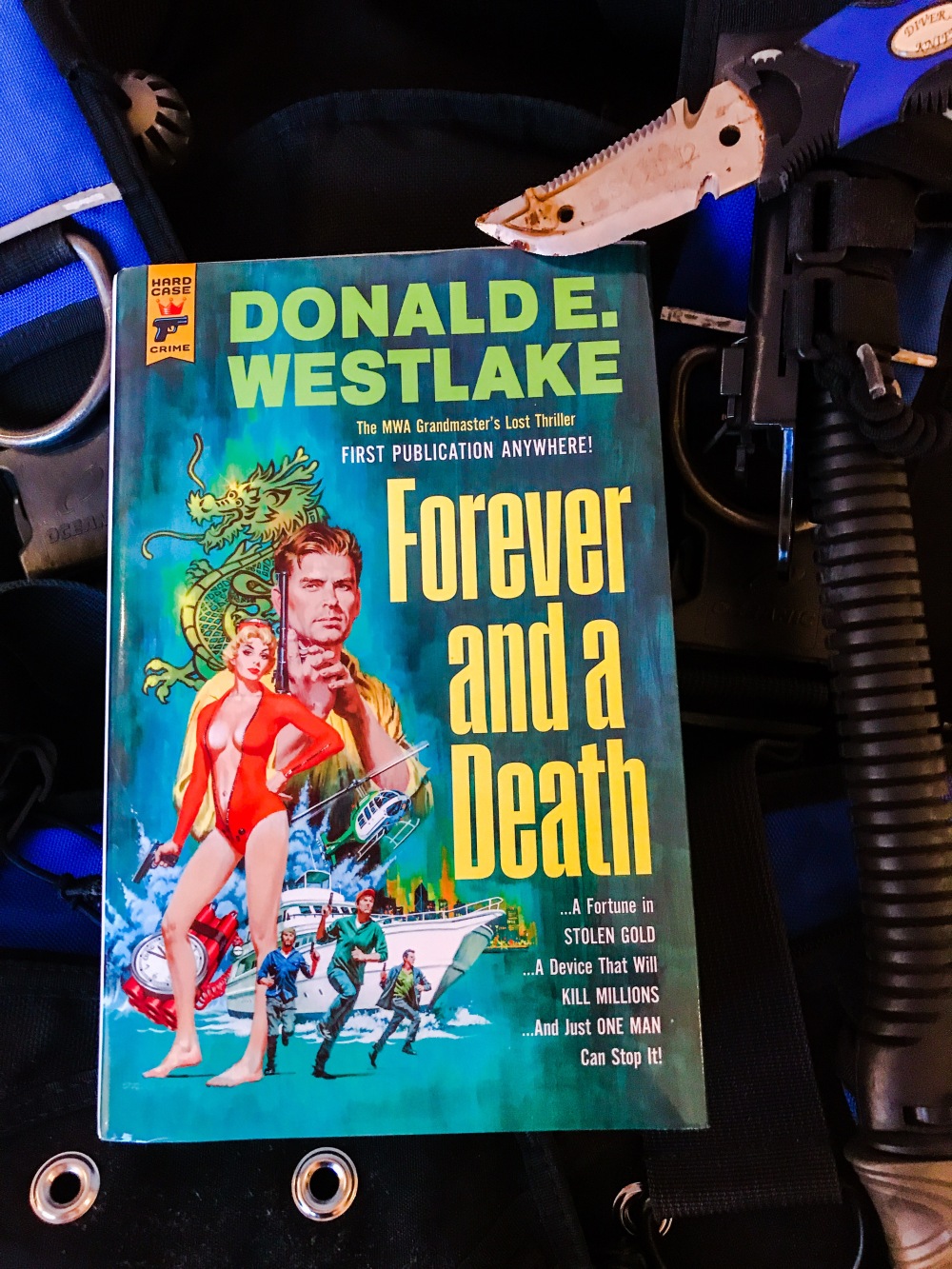