It’s as if the lead character of a madcap Hunter S Thompson novel has stumbled into a Graham Greene thriller – that’s the best way I can hope to set the scene for Rafael Bernal’s 1969 cult classic The Mongolian Conspiracy.

This is a novel that whips up a swift cocktail of explicit language and spare descriptions in its first few pages. We are instantly dragged into the skewed world Rafael Bernal’s immortal antihero Filiberto García – a jaded hitman who is in mid crisis.

Decades of death behind him and no real happiness in his life, García wouldn’t be out of place in a Sam Peckinpah film. This is a guy who shoots first and then doesn’t care to even ask questions later. Like all the best characters of this type, García is a grating contradiction. Unsure of himself while also being incredibly bullheaded at the same time, García cuts through the vibrant, dangerous streets of Mexico to break out as one of Latin literature’s most boldly enigmatic frontmen. Bernal’s creation is truly magnetic.

Bernal’s prose is far from flowery. Instead the former diplomat turned author opts for Raymond Chandler style detachment as his backdrop. Pulled tight across this canvas is his frantic sketch of a plot in which the foul-mouthed triggerman has been given an assignment he couldn’t care less about: thwarting a rumoured plan to assassinate the US President during his visit to Mexico.

With just three days to bust heads and get answers, García is annoyed even further by the situation when he is forced to work with Russian and American agents from the KGB and the FBI. It’s the classic hardboiled cliche: “I work better alone”. And as blisteringly funny as García’s cutting internal rants are, even better than those is his complete lack of poker face while he ferries around his special guests on an odyssey of sin all the while trying to get back to his apartment so he can bed a Chinese girl he’s smitten with.

A book like The Mongolian Conspiracy should be disposable you’d think but then it hits you: the jangly potboiler was slowly cooking up a searing tragedy. García isn’t a cool hero; he’s a victim of every one of his own vices. Over the course of three days, these sins come to uncomfortably sharp focus through confession, confusion and conflict.

At just over 200 pages, Filiberto García’s spiral of reckoning and retribution seems to fly by faster than the bullets that offer staccato punctuation to The Mongolian Conspiracy.

Be sure to pick up this energetic underdog thriller via Pushkin Vertigo. 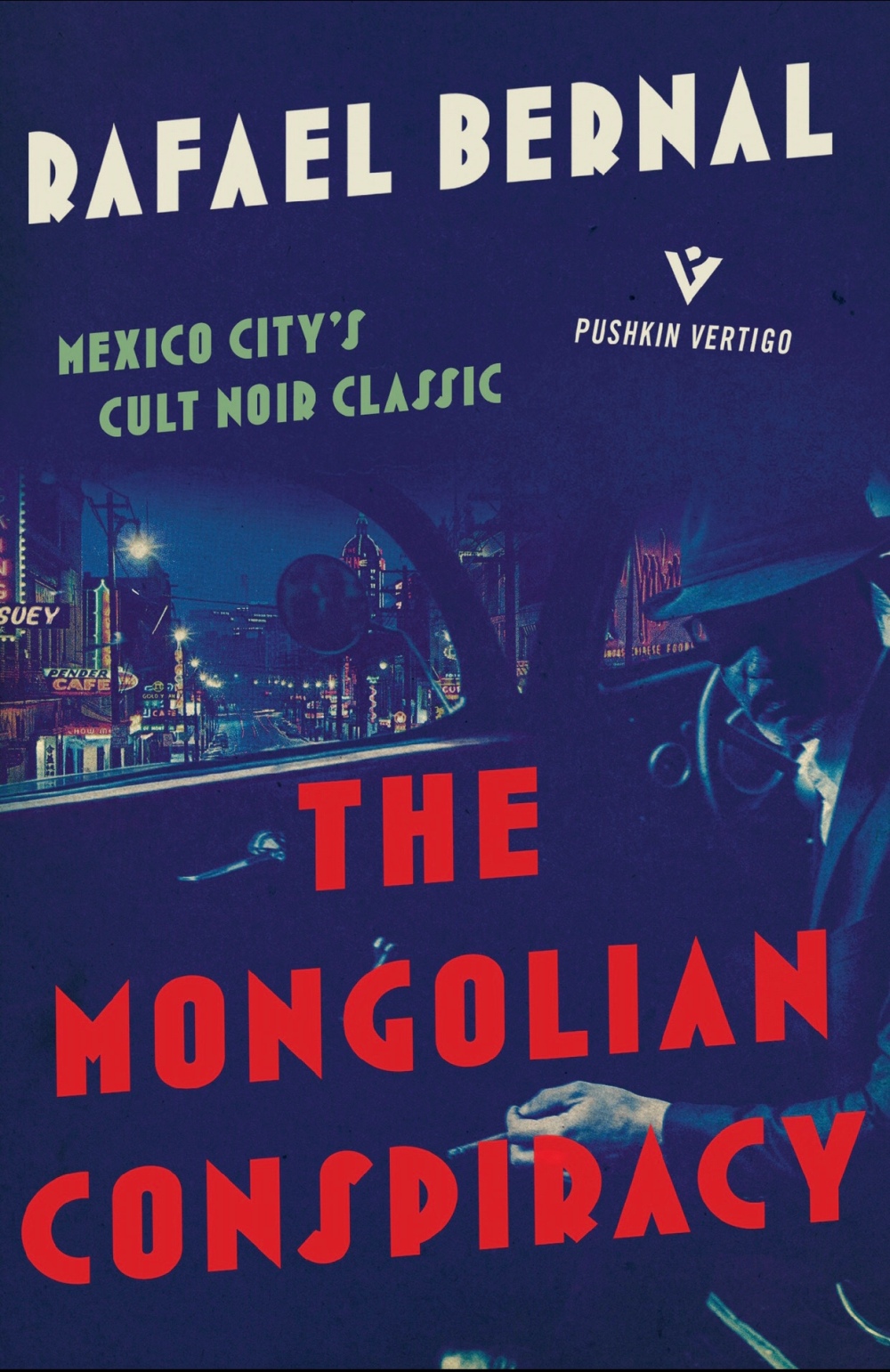