So, it’s Thursday. One of those nondescript middle days of the week. I’m at work. I don’t remember the exacts of the conversation but it went something like this: “Dave, something’s come up. Would you mind going to Oslo and Paris next week? Oslo – Monday, Tuesday; Paris – Wednesday, Thursday. Sorry it’s a bit last minute but I can’t make it anymore. Are you OK filling in for me?” “YES.”

Friday, the day after, was a day of frantic planning. I need flights, hotels, maps, details of who I’ll be meeting and what work I’ll be cramming in. I’ve no idea how to get from the airport to Oslo. A quick look on Google maps reveals it’s miles away. I don’t speak a word of Norwegian. I speak a smidge of French – just what I learned in school and from some of those effortlessly cool new wave crime films that Tarantino wished he directed. So I feel a little better about gay Paris. The weekend flies by and before I know it I’m at Manchester airport all alone sitting in a departure lounge about to catch a plane to a place I’d never even considered visiting before now. It’s exciting and exotic but grounded by the constant reminder that I’ve got a busy week ahead of me working on film shoots with locals while oceans away from my mother tongue. 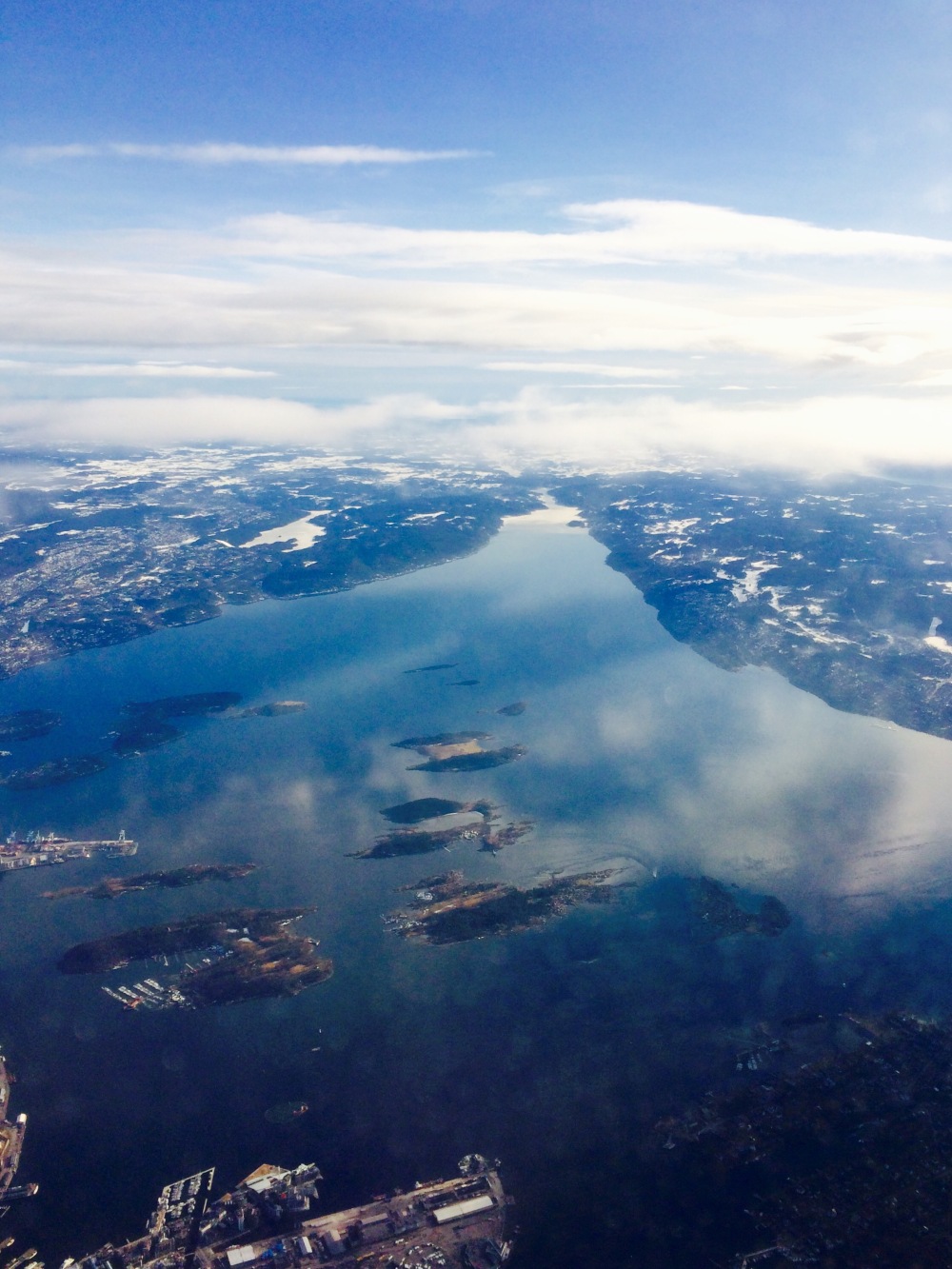 As the plane nears Oslo, the beauty of the Nordic landscape becomes overwhelmingly apparent. The mountains seem oddly flat and divided with hot cross bun white lines of snow amid dark, jagged rock. The fjords glisten thousands of feet into the sky to wink at the window of the plane I’m in. Mountains. Water. Forests. Small towns amid all three. And repeat. 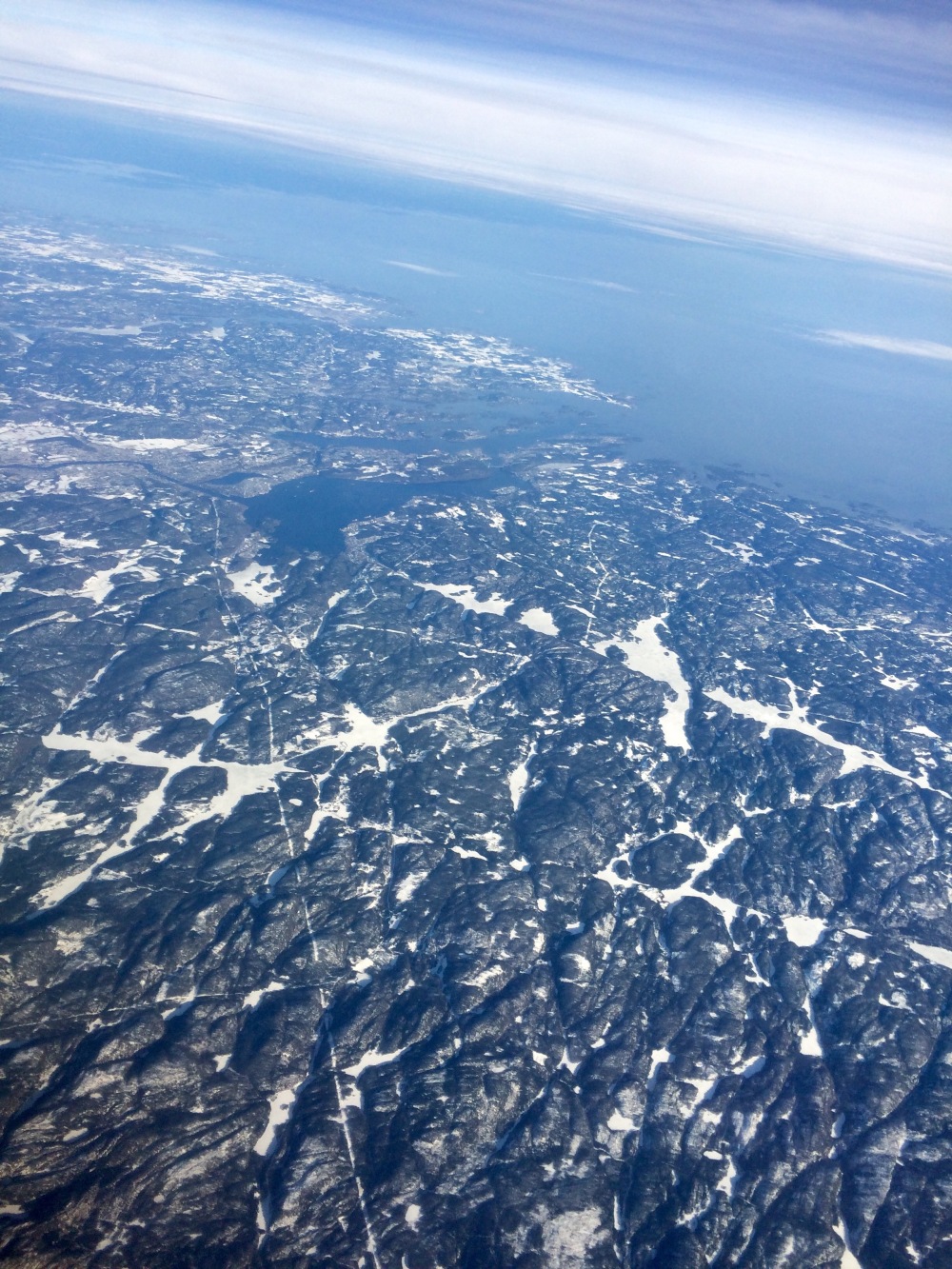 We touch down in the snow in the late afternoon. Nobody is meeting me. I’m not meeting anyone today. It feels like a quiet before a storm that I want to embrace and explore so I make a beeline for the Flytoget train service that will take me into Oslo itself. 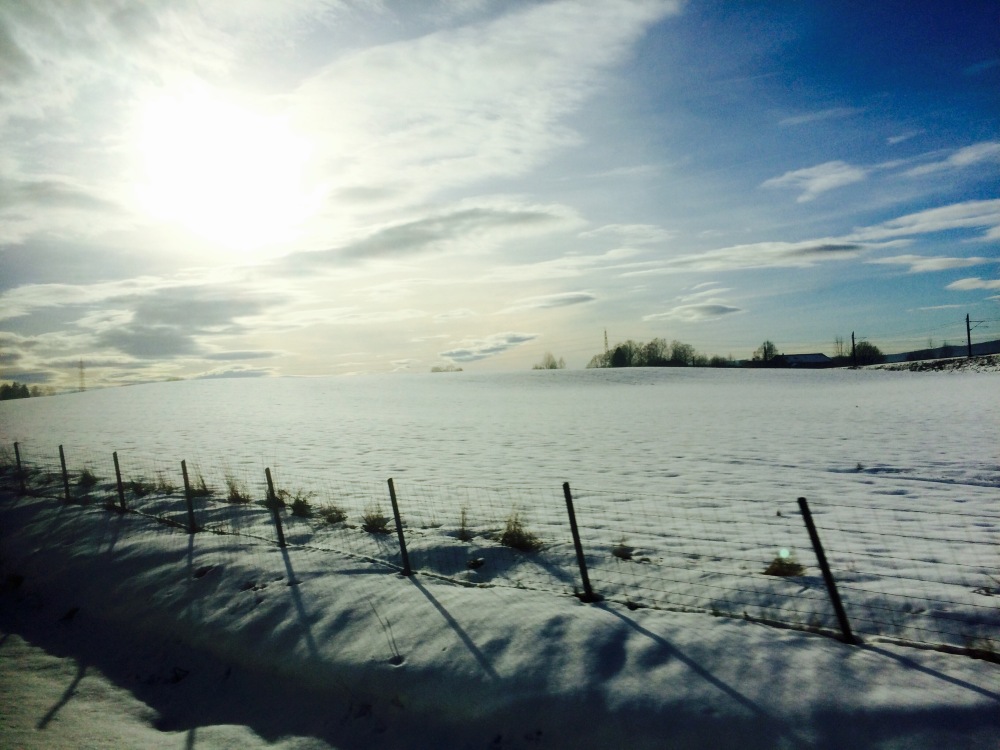 The journey is wonderful as the rapid train cuts a smooth track amid the snow embankments and wide, white open spaces. It feels so secluded and expansive at the same time. I imagine this is what the TransSiberian line feels like or Alaska. There’s a part of me that identifies with snowy vistas. While some may dream of escaping to a vibrant city or a sunny beach, my dream patch of personal relaxation would be intertwined with seclusion – a small cabin in a wintery woods with an acoustic guitar and a stack of books to keep me company. I imagine that in the countryside between Oslo airport and the city itself there are such people hidden away. 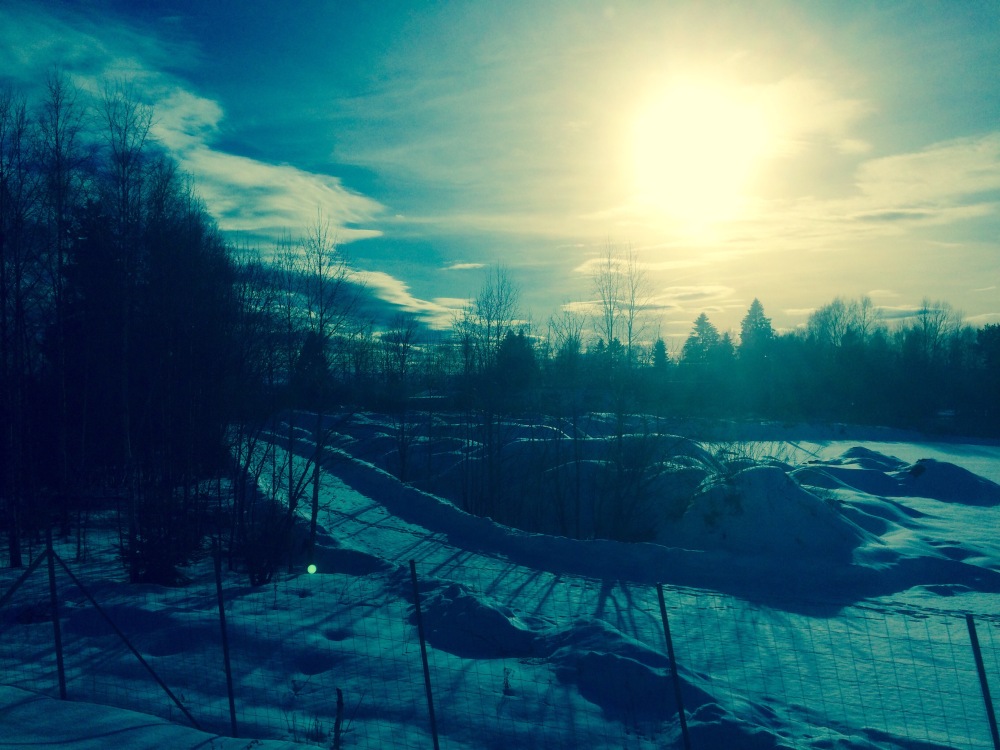 As the snow begins to melt away into shades of green, brown and grey and the buildings become taller it’s clear that I am arriving in the city. Oslo presented itself to me as clean, cool, busy and placed amid a push/pull battle between heritage and modernity. It echoed Manchester to me – which is the city I grew up not so much in but around and a place that I consider my magnetic north. 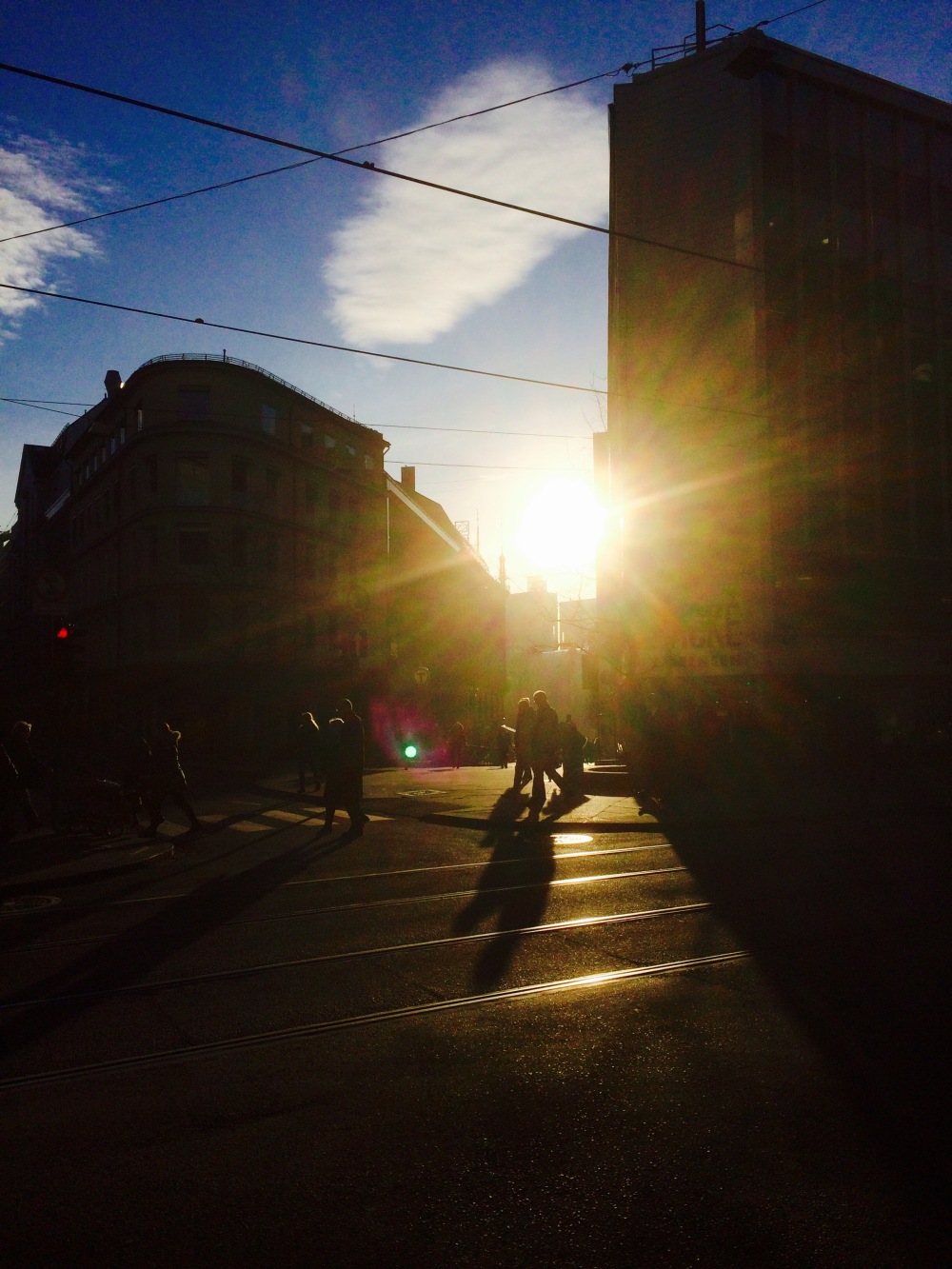 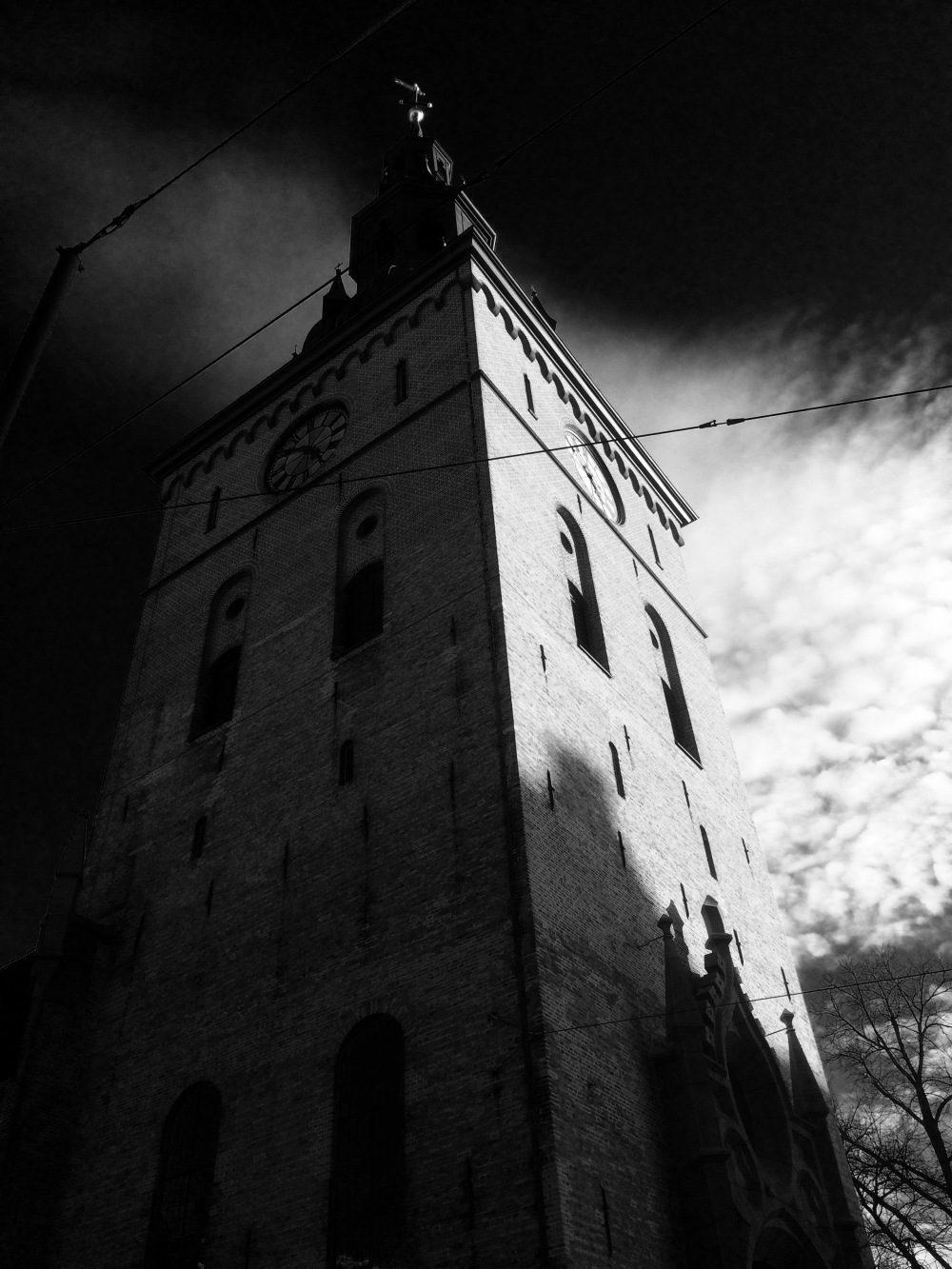 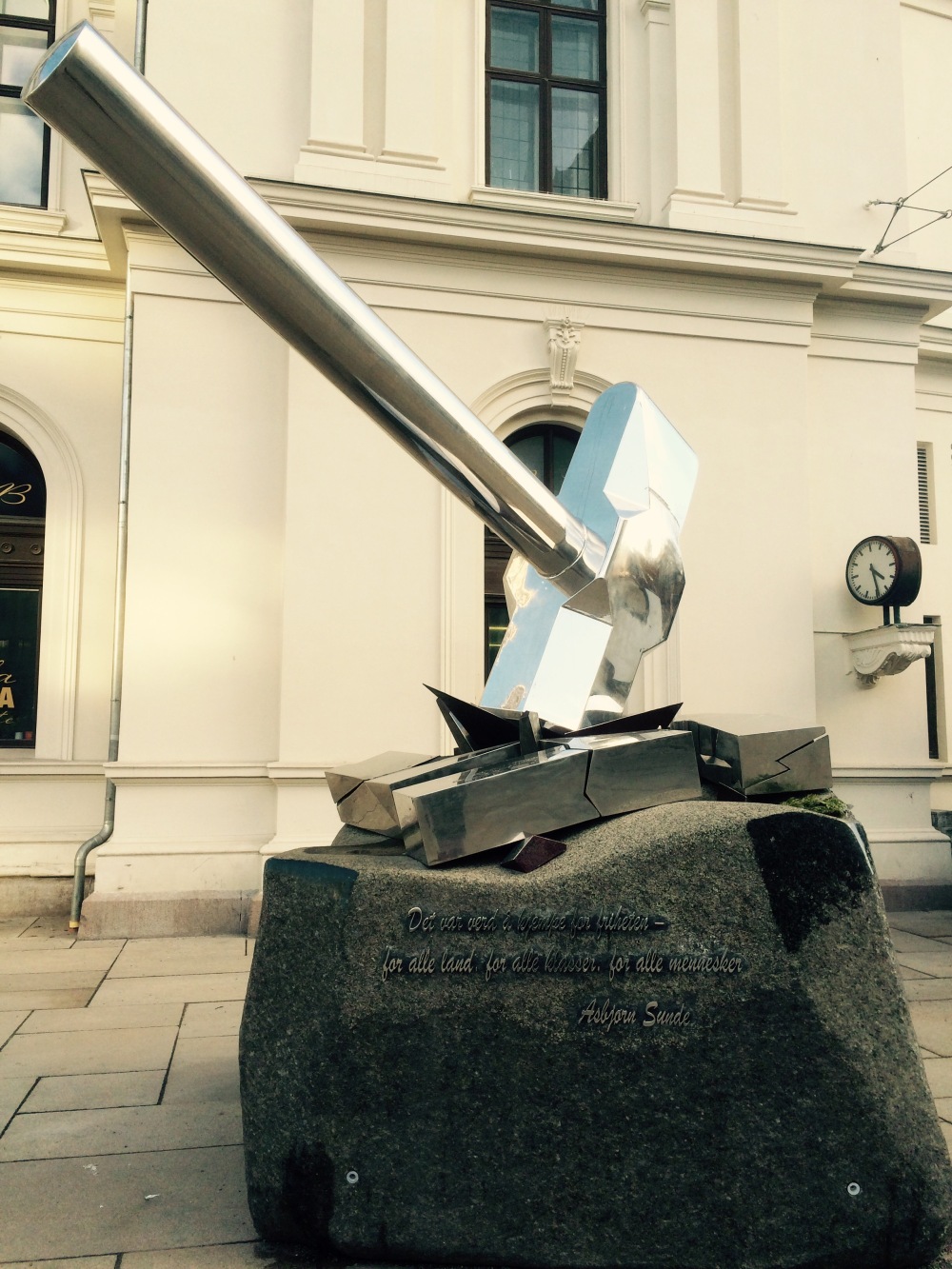 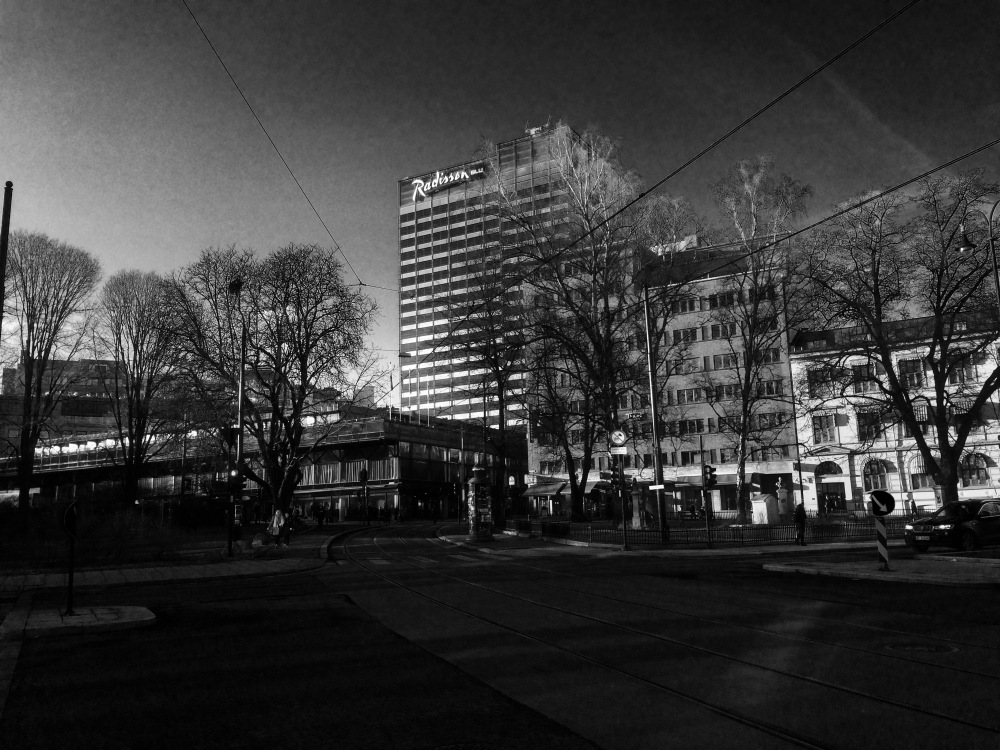 My journey to Oslo was unexpected. I’d never considered going on holiday there and a week before I arrived I didn’t even know I was going to be there on business so I was truly going in blind. My hotel was a mile or two away from the train station so I decided to get there by foot and take in the city streets amid the chilly late afternoon bustle. I regret not getting down to see the waterfront which was close to the station but in the opposite direction of my hotel. However I was fortunate enough to take in the grandeur of former royalty – the city’s old palatial grounds which had been converted into a public park. They were profoundly calming – a trait that seemed to extend throughout much of the Oslo that I saw. 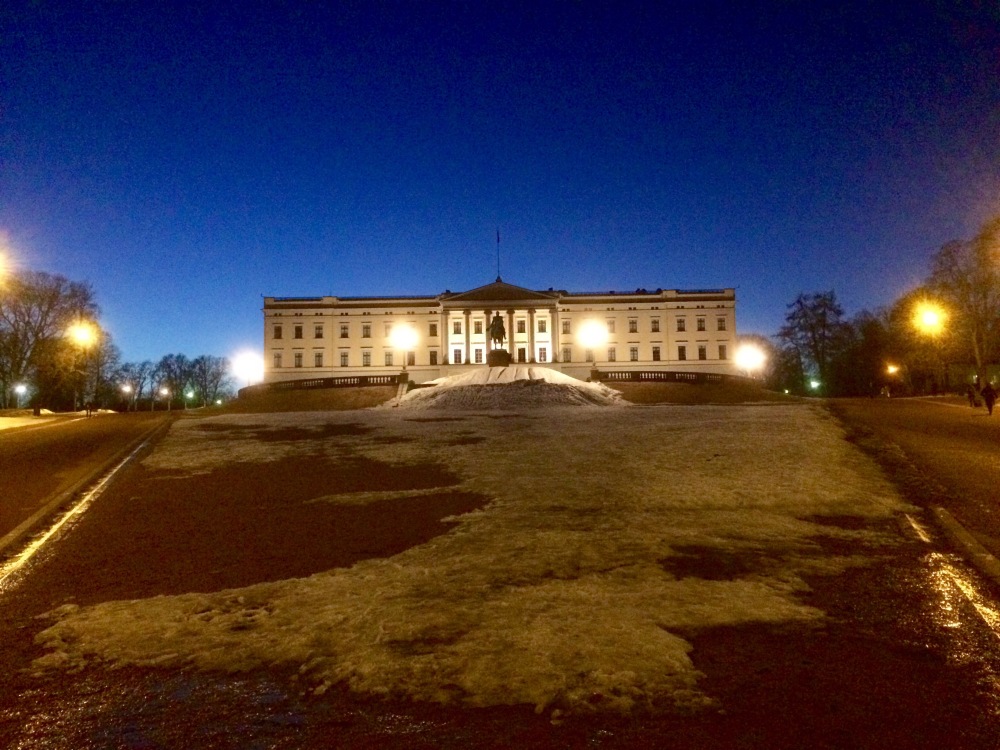 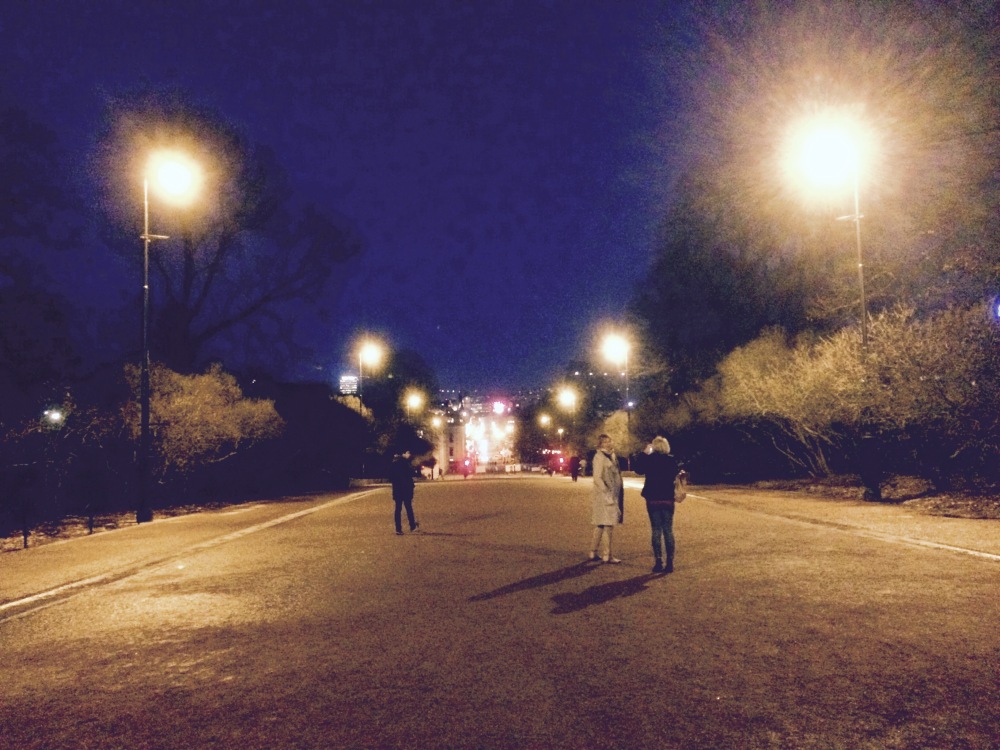 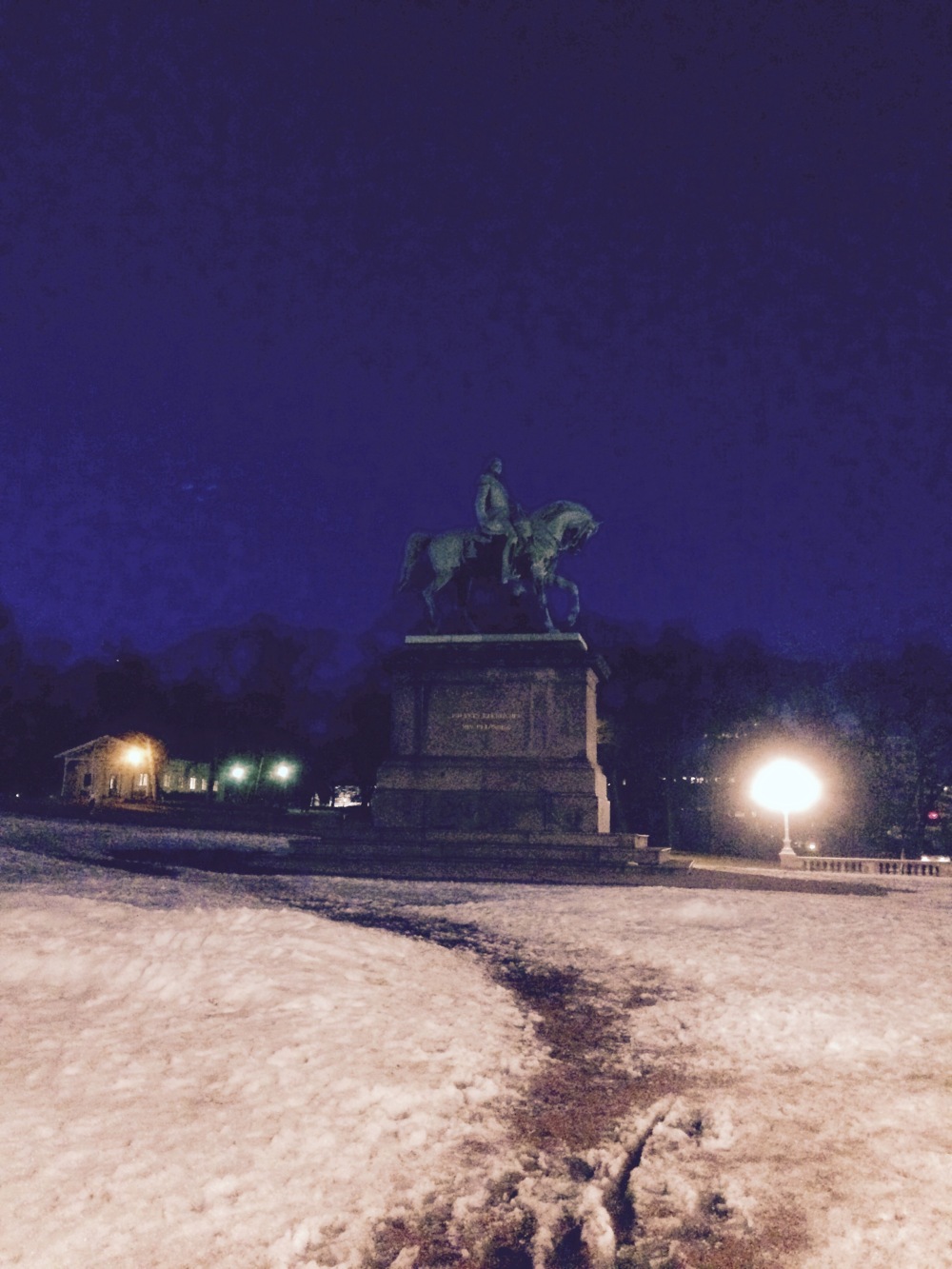 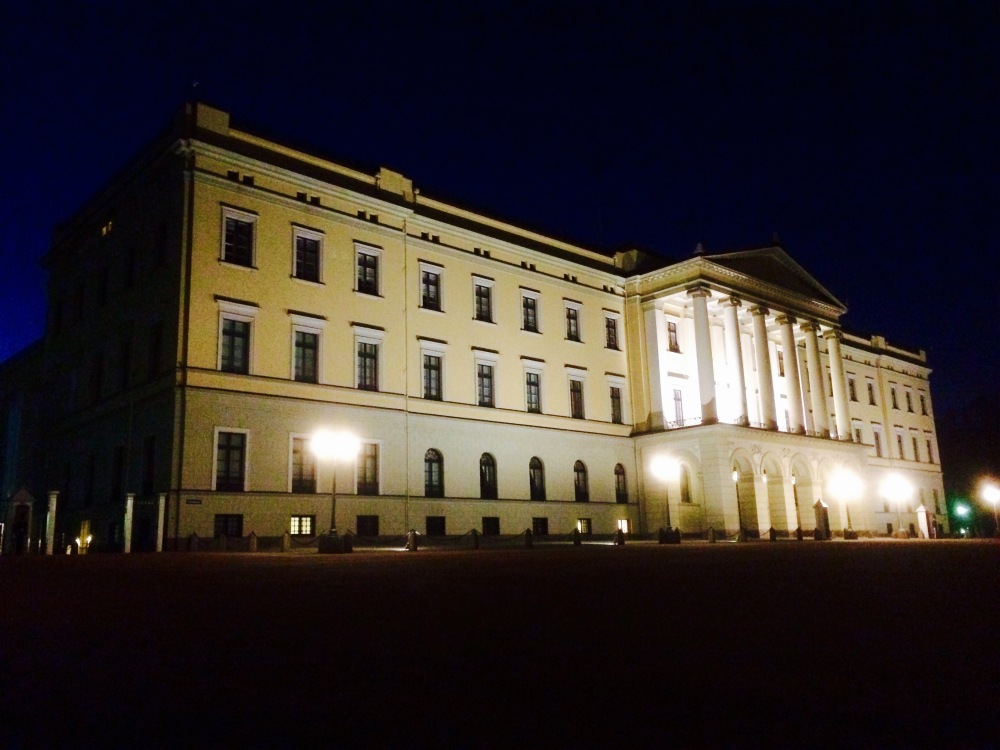 My quest for a restaurant was a little less successful with the ones that I tried being either fully booked or closed so I ended up in the Radisson Blu’s eatery just below my room at the hotel. A fine meal of grilled halibut served as compelling evidence as to why the Norwegians are renowned for their fish. I washed it down with a drink at the sky bar on the hotel’s top floor which – with its incredible nighttime city views and the mooted chatter of travellers – felt straight out of Lost in Translation. 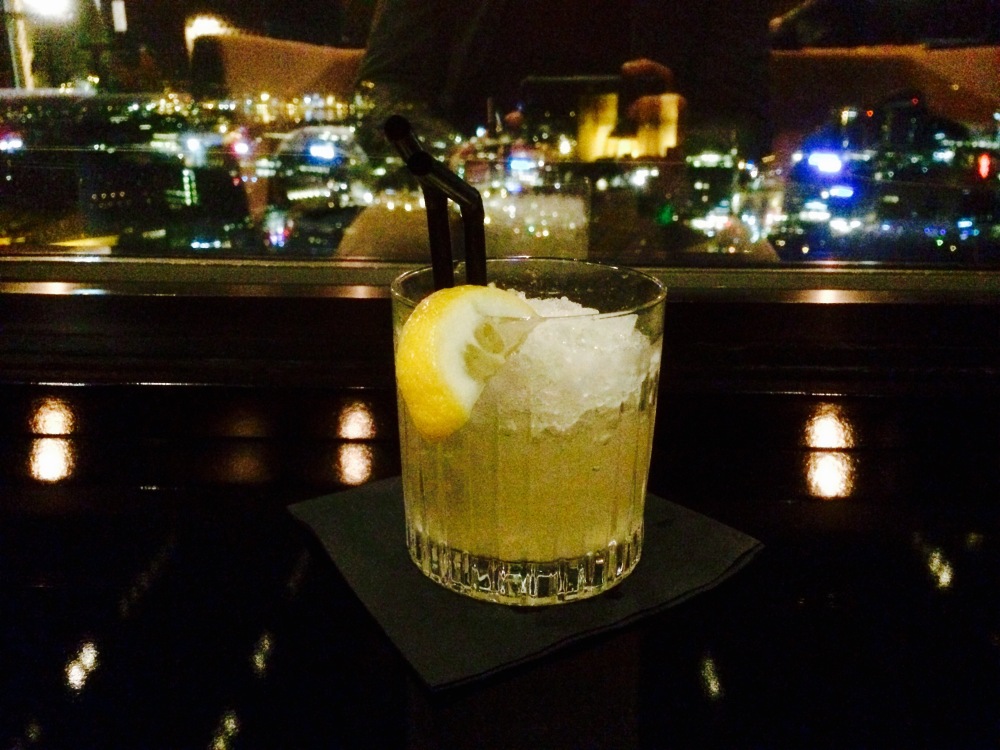 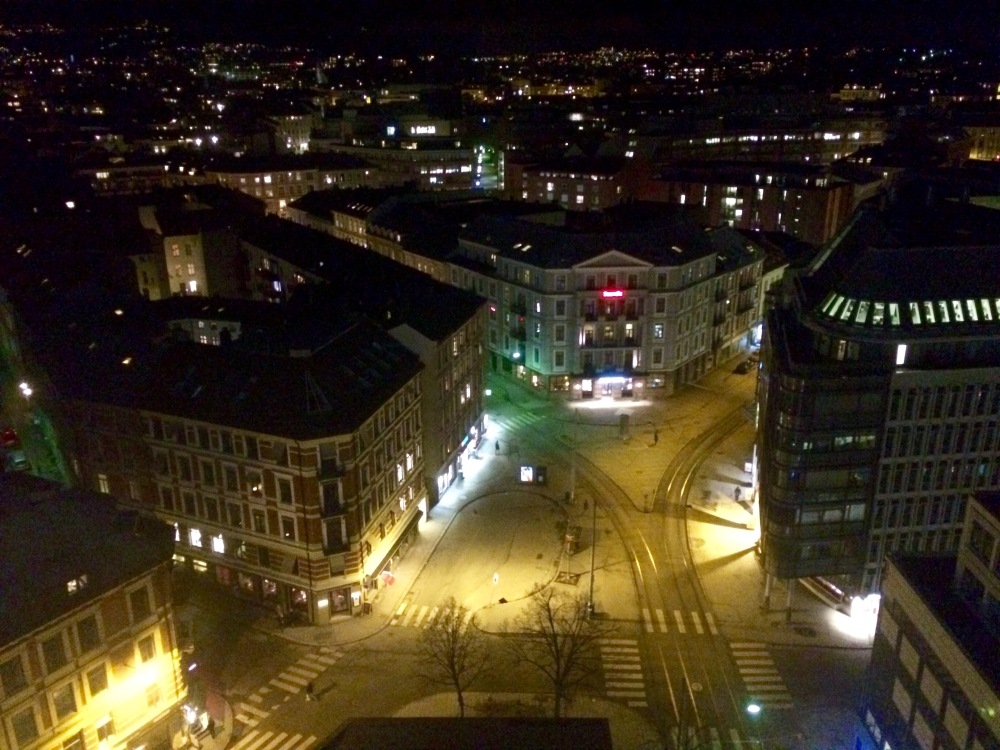 Like Bill Murray’s character in that greatly human film, I found myself both drained and wide awake. Knowing I had a full day of shooting from 9am til 10pm the next day, I took to the hotel’s swimming pool to exhaust myself with as many laps as I could manage before hitting the proverbial sack.