There’s a sort of electricity in the air. A sense of anticipation. Something is due to happen. That’s the feeling I got when I first walked into Gregory’s – a darkly lit jazz club hidden away down a thin road between the Trevi Fountain and the Spanish Steps in Rome, Italy.
Dominating the room is a tall man, somewhat extravagantly dressed considering the early evening heat is at the bar – he looks like Thelonious Monk and John Coffey from The Green Mile passing on the stairs. His voice is booming; his stories of the “cats” he’s met across the world infectious. He’s American, as is the owner of Gregory’s on the other side of the bar which, I notice, is stocked with an enviable selection of whiskey from across the world. Borders don’t work in a place like this. 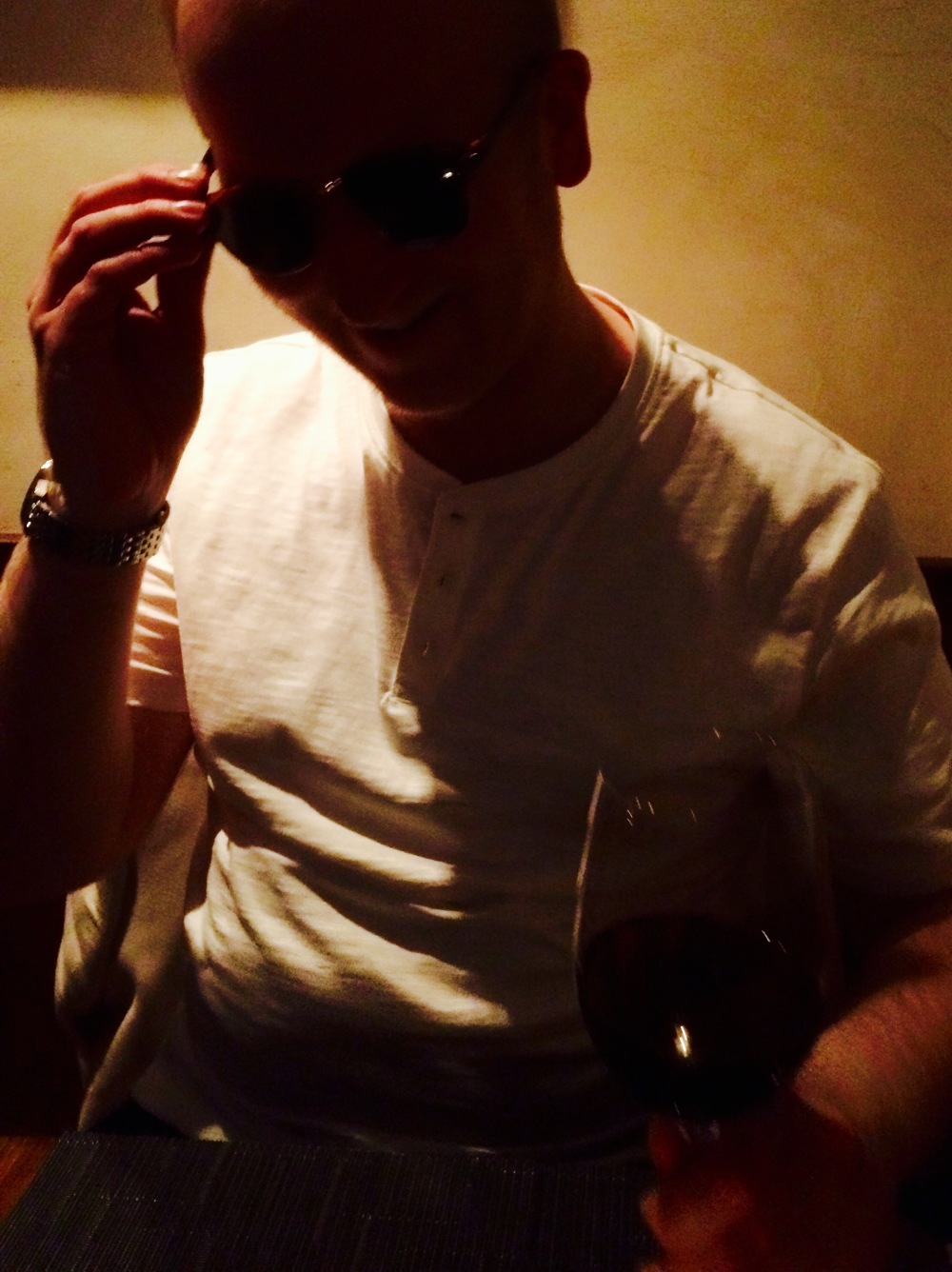 We make a beeline for a quiet, dimly lit corner on the ground floor. The menu impressed me with its promises of richly flavoured cuisine but my mind and eyes were wandering, soaking up the black and white framed pictures of jazz singers on the wall. The food and obligatory bottle of red came and went, unexpectedly delighting both me and my fiancé. You’d be unlucky to stumble on a bad meal or wine in Rome but when you go somewhere to watch some live music your expectations for the food is naturally lowered somewhat as it’s seen as a secondary bonus but so far Gregory’s looked set to do the double. 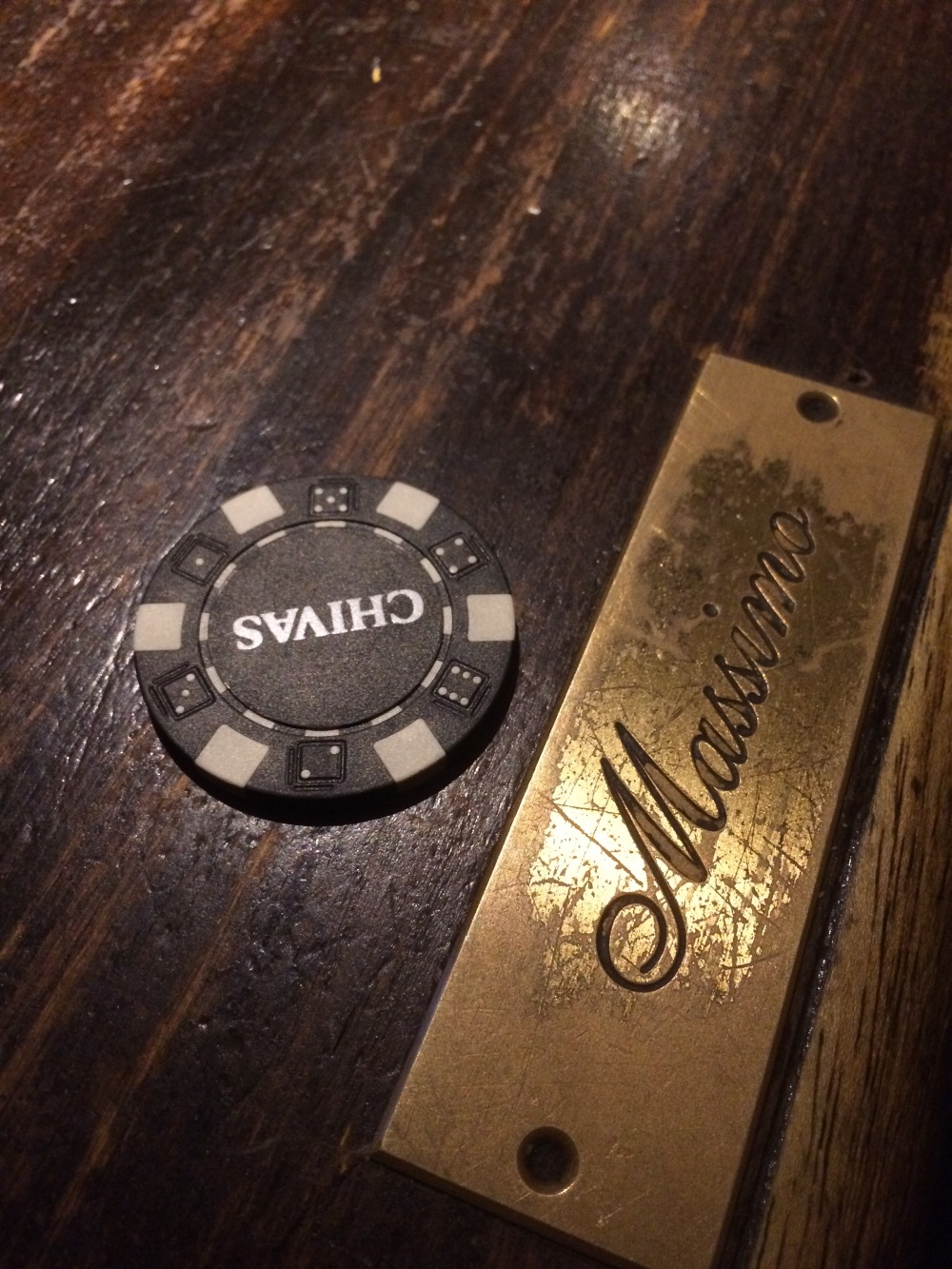 By the time we had finished our meal, the American had glided off upstairs giving the downstairs bar/small restaurant back its laid back, quiet and easy atmosphere. We go to the bar and ask for tickets to see the show and are presented with a free drink token in the shape of a poker chip. We instantly redeem for peaty whiskey – its smokiness a perfect match for our surroundings. Glasses in hand, we ascend the stairs and are met with one of the most intimate venues I’ve ever had the pleasure of walking into. 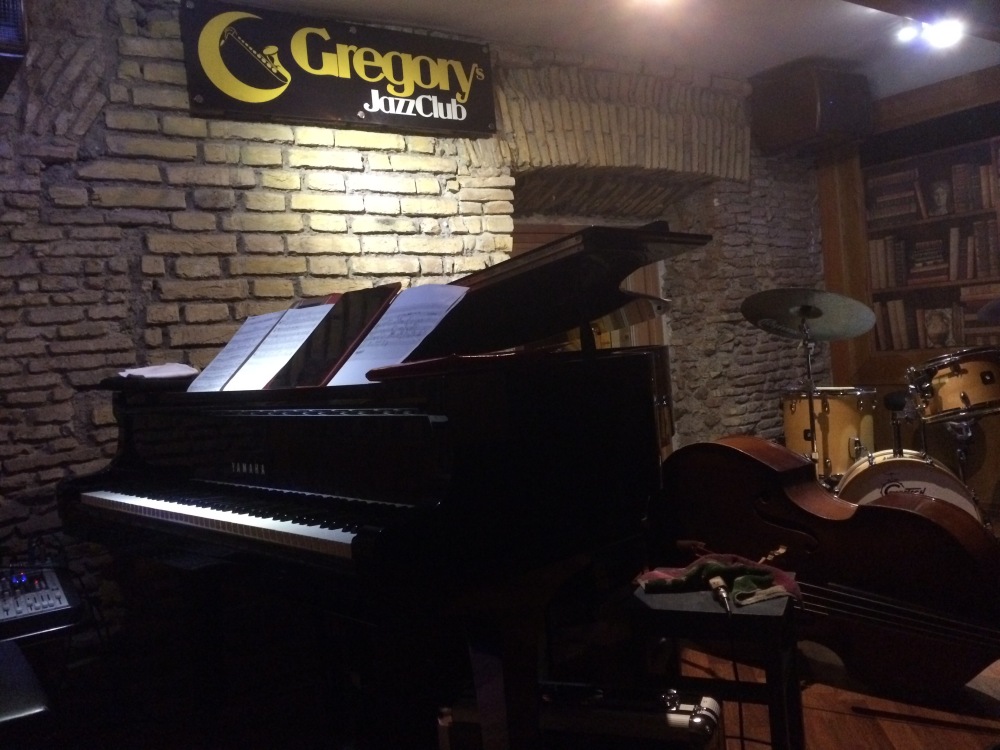 The stage is at the bottom of the room, slightly down from everything else. A piano occupies one corner, a double bass is lying in wait near the middle and a small drum set is tucked into the other side of the stage. A microphone stands proud in the middle. The only seats left are right at the front right next to the stage which suits me fine. From BB King to Pearl Jam, some of my favourite gigs have been experienced up close and personal.

A short time later the band makes their entrance: Massimo Faraò’s trio arrive first and start, as if by some supernatural connection, to read each other’s minds and combine their thoughts and timings into something melodically beautiful and thrilling. Massimo is a big man in both stature and talent. He’s an overbearing yet rather restrained presence behind the piano’s 88 keys. I imagine him to be both strict and fair as a bandleader – the kind that considers greatness to be a minimum requirement. As he contorts new melodies out of familiar changes, it’s obvious to the audience that we are in the presence of talented professionals and our chatter subsides into attentive appreciation. The rhythm section of the trio is a slinky, plodding and explorative bass met with a drummer who takes a supernova and highlights its twinkling stars. A more brilliant introduction couldn’t be asked for as TC Carney III barrels on to the stage. Tall, confident and flamboyant, it comes as no surprise that this is the same American who was at the bar when we walked in. 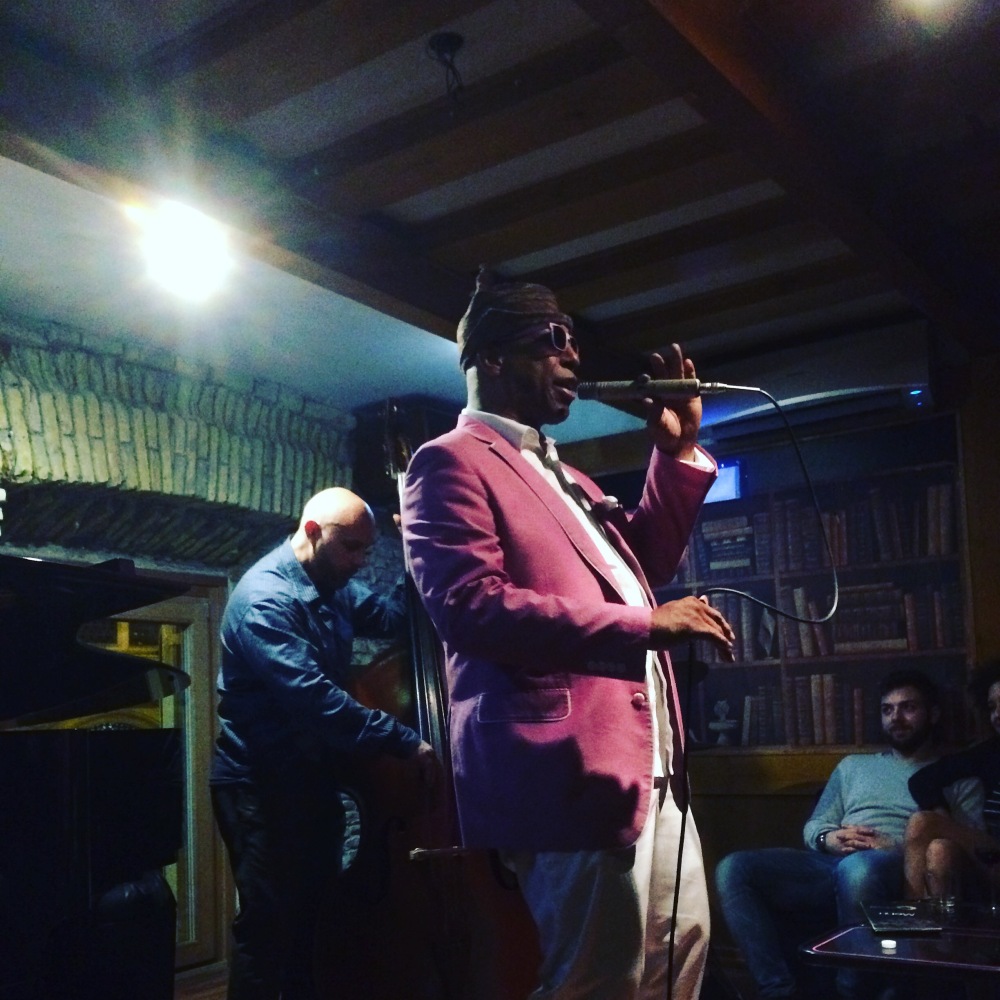 TC Carney III has an incredibly deep voice as its baseline but one that offers some surprising leaps to the higher octaves when the occasion calls. When he breaks out into a spot of skat singing, it’s a jolt. Carney is a magnetic presence who hypnotises small venues – it’s hard to imagine him playing arenas when intimacy is his obvious strength. The songs, a cocktail of old standards given a twist and unfamiliar but engaging originals, come and go but the aura remains. It dawns on me that we’ve just chanced across somewhere magical; a retreat for weary world travellers, appreciative locals and passionate musicians alike. The culminating song is supreme. When in Rome, as they say, be sure to check out Gregory’s.